Long Island University’s Theodore Roosevelt Institute is sponsoring a series of four lectures on the 26th President. Tweed Roosevelt will present tales of his great grandfather.

The first lecture will look at the future President’s time in the Badlands of North Dakota. He initially went to hunt buffalo but fell in love with the area, buying a herd of cattle and hiring local men to run the enterprise when he returned to NY. This was not just an economic decision. It also would give him a chance to live the western lifestyle which he had long romanticized. Did you know he hunted down a pair of thieves  who had stolen his boat and marched them back to the Dickinson, ND?

Register for the virtual lecture series here https://liu.edu/roosevelt. The dates are May 19, June 16, September 15 and October 20 at noon. 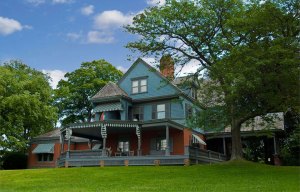 Sagamore Hill, The home of President Theodore Roosevelt, has announced that the National Historic site will be totally closed. The House and Museum at Old Orchard haves been closed for several weeks but now the grounds and trails are also

closed to the public. May I suggest taking a virtual tour of the collection through Google Arts and Culture at? It is really quite amazing to ‘walk’ through the House and get close to the art and treasures of the House (much closer than on an in person tour). 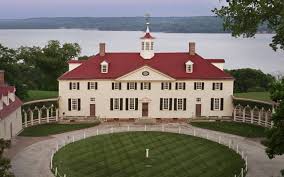 which was built around 1734 by his father, Augustine. The site offers livestream tours of the estate, educational resources and in depth looks at the man. You can take a similar Google tour of the Adams National Historical Park in Quincy, MA. Take a look inside the birthplaces of John Adams and John

Quincy Adams as well as the Stone Library which has 12,000 volumes collected by four generations of the Adams family.

Have fun visiting these homes of some of our Presidents! 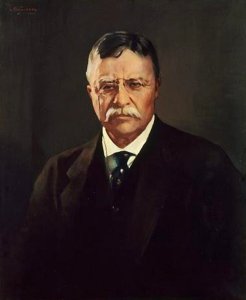 January 6, 1919. Theodore Roosevelt died around 4 a.m. at his beloved home, Sagamore Hill home. He had been a NYS Assemblyman, NYC Police Commissioner, Assistant Secretary of the Navy, Colonel of the Rough Riders, NY Governor and U.S. Vice President assuming the office of President when William McKinley was assassinated. And he won the Nobel Peace Prize for negotiating peace after the Russo-Japanese War. These were his official roles. He was also a rancher, a hunter, a conservationist, and an author (more than 30 books and somewhere around 150,000 letters).

Hard to believe that he was only 60 when he died. He left a legacy of civic engagement, conservation and an active lifestyle.

The Bismarck (North Dakota) Tribune eulogized him on its front page: “In the passing of Theodore Roosevelt the world loses a man. No matter how widely opinions may differ as to his politics and his methods, there is universal appreciation of those sterling qualities of virile manhood …. The life of Theodore Roosevelt marks an epoch in the development of America. He lived earnestly and sincerely. …His memory will be cherished for his genuine Americanism, his unswerving loyalty and his devotion to the public weal.”

Syosset resident Milton Elis will present a fascinating and

informative program on the private and public life of

Mr. Elis is a long-time volunteer at Sagamore Hill National Historic Site. One of his many jobs at Sagamore Hill has been conducting tours of the Roosevelt home. Mr. Elis has also worked with the curator to reserve artifacts in the collection as Sagamore Hill.

Hope to see you there!