Based on the Book “The Soloist : a Lost Dream, an Unlikely Friendship, and the Redemptive Power of Music” by Steve Lopez. “… the true story of journalist Steve Lopez’s discovery of Nathaniel Ayers, a former classical bass student at Julliard, playing his heart out on a two-string violin on Los Angeles’ Skid Row.  Deeply affected by the beauty of Ayers’s music, Lopez took it upon himself to change the prodigy’s life-only to find that their relationship has had a profound change on his own life.”  (From the Publisher)

Read the book and then see how it’s interpreted and adapted for the screen.  A short discussion will follow the film.  Copies of the book are available at the circulation desk on the main floor.  With Jackie Ranaldo, Readers’ Services Librarian.  There is no registration for this event.

Who hasn’t read the book or seen the movie Love Story?  It was a mainstay of 19

70s literature.  It is with sadness that I learned that Erich Segal passed away today from a heart attack. He was 72 years old.  Read the obituaries from the New York Times and ABC News .

Love Story the movie had a perfact cast:  Ryan O’Neal, Ali McGraw, Ray Milland, and my favorite, the MG TC that Ryan and Ali drove around in.  In addition to Love Story, Segal wrote a sequel, Oliver’s Story in 1977, which was also adapted for film.

While Segal was classics scholar, obtaining a doctorate at Harvard and teaching at several ivy league schools, he will be remembered by me for writing Love Story and the script for the  animated Beatles film, Yellow Submarine.  I think that a viewing of Love Story is in order in the near future.  I’m pretty sure I have enough tissues.

According to his publisher Robert B. Parker the prolific author of the Spencer series has passed away.

Whether you enjoyed the crime novels or the made for TV movies featuring Tom Selleck you always got the sense that he and his character shared a tough guy shell and a soft heart. Here’s another author that will be missed.

On your nightstand now:

I’m pretty ambitious.  I read several books at a time in various reading levels.  Children’s, adults, graphic novels, YA.  Its often difficult to to this because I will be in one mind set then pick up another book and have to change my tone right away.  I also sometimes pick up other books and finish earlier ones months after starting them.

The Book Thief by Markus Zuzak, The Book of Lost Things by John Connolly, Fables Volume 3 by Bill Willingham, Promethea Volume 4 by Alan Moore and A Lion Among Men by Gregory Maguire.

Favorite book when you were a child:

Favorite book read to you by your parent:

The Story of Ferdinand by Leaf Munro was a nightly read for me.

Book you’re an evangelist for:

I Capture the Castle by Dodie Smith.  I have an old edition of it at home and used to make all my friends read it.  Recently J.K. Rowling mentioned it was one of her favorite books growing up and they have reissued it.

Favorite line from a book:

I didn’t so much FAKE reading it as I seriously skimmed it.  McTeague by Frank Norris.  It wasn’t a bad book, but my professor for the class I was reading it in, had made it a serious labor to get through.

I had seen the film version “Greed” in my film history class and had a general idea what was going on but  I really wish I had read this book under different circumstances.  I may have liked it, then again I may have simply skimmed it as well.

Have you ever tried solving a cryptogram? Every letter is replaced by a different letter consistently throughout a phrase, meaning all m’s appear as k’s, and all k’s as y’s, for example.  I see them in Newsday every morning, but I never seem to have much luck.  I know one letter words are usually “I” or “A” and three letter words are usually “the” or “and,” but I guess some things are best left to professionals.

Cracking military codes is always a major priority during times of war (and probably even peace).  There’s no better way to uncover enemy movements and plans then when they don’t know you’re listening.

There’s a code breaking and espionage display on the third floor that has lots of books like Codes, Ciphers & Other Cryptic & Clandestine Communication, Battle of Wits : the Complete Story of Codebreaking in World War II and The Emperor’s Codes : the Breaking of Japan’s Secret Ciphers. It always amazes me when someone can take random bits of information and put together a complete picture.  In The Bible Code , controversial author Michael Drosnin finds hidden codes in the Bible he believes can predict the future.  Books like The Art of Deception and Crypto : How the Code Rebels Beat the Government–Saving Privacy in the Digital Age demonstrate how computer hackers can sort through the seemingly harmless information to break into complex security systems.

How are your code breaking skills? Try one for yourself!

Highlight to reveal the answer–>  “James Bond wasn’t the only spy who loved me.”

Big Fan – A diehard New York Giants fan meets his hero, the quarterback of the team, with disastrous results that impact his entire life and those around him.

Burning Plain – Sylvia is a beautiful restaurant manager whose cool, professional demeanor masks the sexually charged storm within. When a stranger from Mexico confronts her with her mysterious past, Sylvia is launched into a journey through space and time that inextricably connects her to these disparate characters, all of whom are grappling with their own romantic destinies.

Fame – Passions will be tested and young hearts will be broken. Ultimately, talent, dedication and hard work will triumph. Centers around a group of dancers, singers, musicians and actors at the New York City High School of Performing Arts, and their spirited drive to live out their dreams of stardom.

Halloween II – Michael Myers has returned home to sleepy Haddonfield, Illinois, to take care of some unfinished family business with his sister.

Moon – Astronaut Sam Bell is completing a three-year contract with Lunar Industries to mine Earth’s primary source of energy, Helium-3. His declining health is causing headaches and hallucinations that lead to a near-fatal accident, rendering him unconscious. After recuperating, an unexpected discovery leads him to doubt his sanity, his identity, and the integrity of the company.

Post Grad – Ryden Malby has a master plan. Graduate college, get a great job, hang out with her best friend and find the perfect guy. But her plan spins out of control when she’s forced to move back home with her eccentric family.

Tyler Perry’s I Can Do Bad All By Myself – After Madea catches sixteen-year-old Jennifer and her two younger brothers looting her home, she decides to take matters into her own hands and delivers the young delinquents to the only relative they have: their aunt April, who wants nothing to do with them.

s, author of the High & Low Finance column of The New York Times, has compiled a list of  books published in 2009 that he found ‘informative and enjoyable’.  “Three of the books cover aspects of financial history…The others deal with how economics went astray.”  We hope you like them.  Click here for the full article,” Financial Giants, Diminished“. 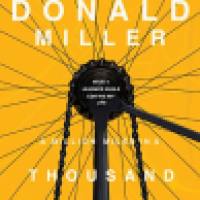