Set in the 1990s, this is an all-new adventure from a previously unseen period in the history of the Marvel Cinematic Universe. It follows the journey of Carol Danvers as she becomes one of the universe’s most powerful heroes. While a galactic war between two alien races reaches Earth, Danvers finds herself and a small cadre of allies at the center of the maelstrom.

Stella is a vibrant, fun-loving seventeen-year-old. Unlike most teenagers, Stella has to spend much of her time living at a hospital as a cystic fibrosis patient. When Stella meets Will, a charming and rebellious fellow patient, she feels a powerful connection, but restrictions dictate that she and Will maintain a safe distance between them. As their feelings grow, Stella and Will face a life-changing question: How does love feel when even a single touch is off-limits?

A decade since an extraterrestrial force occupied the planet, deceiving humanity with the promise of peace and unity, Chicago police officer William Mulligan is tasked with maintaining law and order in a city on the brink of rebellion. Gabriel, the young brother of a fallen militant and the son of Mulligan’s ex-partner, is faced with the crucial choice: collaborate, or fight back.

Roman Coleman, a convict in a rural Nevada prison who struggles to escape his past, rediscovers his own humanity in a social rehabilitation program. There he must train an especially unbreakable mustang named Marcus. During the program, Roman is helped by a no-nonsense veteran trainer and an outgoing fellow inmate and trick rider. His journey with Marcus inspires a heartfelt connection and challenges him to be a better person. 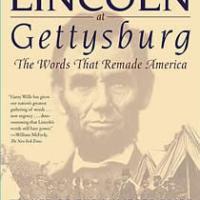