In what has become a tradition here at Syosset R and R, we will be running a series of blog posts throughout the month of December telling you about our staff’s favorite reads for this year.  The books mentioned were read during 2016 but not necessarily published in 2016. Here’s the fourth installment:

A former American military intelligence officer traces the experiences of five women in her family who were separated by the Iron Curtain for more than forty years and who endured terrifying Communist rule before being reunited after the fall of the Berlin Wall.

“Forty Autumns is about a family split by the division of Germany. Personally interesting with my travels. But the story resonates for any of us who lived through the cold war and the eventual fall of the Wall.”

The Hour of the Land by Terry Tempest Williams

From the Grand Tetons in Wyoming to Acadia in Maine to Big Bend in Texas and more, Williams creates a series of lyrical portraits that illuminate the unique grandeur of each place while delving into what it means to shape a landscape with its own evolutionary history into something of our own making.

“The Hour of the Land is a loving tribute to the NPS. And the amazing, awesome, miraculous protection of the land in the US.”

Heir to the Empire City by Edward Kohn

A riveting account of a man and a city on the brink of greatness, Heir to the Empire City reveals that Roosevelt’s true education took place not in the West but on the mean streets of nineteenth-century New York.

The Naturalist: Theodore Roosevelt, a Lifetime of Exploration, and the Triumph of American Natural History by Darrin Lunde

Demonstrates how a young Theodore Roosevelt actively modeled himself in the proud tradition of influential museum naturalists who had a significant influence on the 26th President’s personality and politics, exploring how his passion for the natural world set the stage for America’s wildlife conservation movement.

“These last two are about Theodore Roosevelt…the first has the premise that TR would never had done what he did with his experiences (personal and professional) in NY…the second delves into TR’s fascination with the natural world. A narrow topic for sure but well written.”

This Is Where It Ends by Marieke Nijkamp

Minutes after the principal of Opportunity High School in Alabama finishes her speech welcoming the student body to a new semester, they discover that the auditorium doors will not open and someone starts shooting as four teens, each with a personal reason to fear the shooter, tell the tale from separate perspectives

It is a book about a school shooting in a fictional small town. It is written in the perspective of four connected teens, their connection from the student who commits the act. It is a very quick read and heartbreaking, because every character has their own troubles and redeeming acts. I couldn’t put it down.

Her Darkest Nightmare by Brenda Novak

While running a psychiatric prison in Alaska, Dr. Evelyn Talbot, who survived an attack by a psycopath when she was a teenager, wonders if her past has come back to haunt her when a serial killer targets the small Alaskan town.

This is a new romantic suspense author and series for me. I am a sucker for that genre. It is about a famous psychiatrist and her facility for psychopaths in Alaska. There are so many deranged people out there and this books seems to bring them all together. One thing I found interesting is at the beginning of every chapter the author puts a quote from real life psychopaths – something she came across in her research for this book.

Preparing for a difficult future as a truce between three warring empires ends, two magic-wielding witches team up with a royal privateer to outmaneuver a vengeful witch and preserve the balance of power in their world.

“This is a new YA fantasy book about two girls with powers and the trouble they run into. I tried reading the actual book but couldn’t get into it. I really enjoyed the audio because it pulls you into the adventure.”

(All plot summaries from the publishers.)

Tell us in the comments what your favorite 2016 reads were and keep checking in with Syosset R and R for more of “Our Favorite Reads of 2016”! 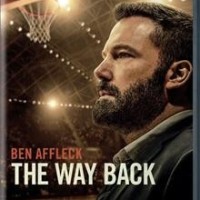 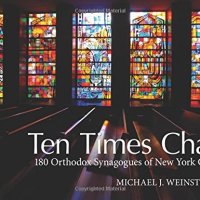