While on vacation in Vermont, I visited Hildene, the home of Robert Todd Lincoln (pictured below, ca. 1880), the only child of Abraham and Mary Todd Lincoln to survive to adulthood. Located in Manchester, this Georgian Revival mansion was built in 1905 by Mr. Lincoln, who was a successful attorney and who became Chairman of the Pullman Company, the largest manufacturing corporation at the turn of the 20th century.

While touring the home, we came upon a safe, in Robert Todd Lincoln’s bedroom closest.   I was surprised to learn that this was where the medical testimony was found that validated Mr. Lincoln’s decision to commit his mother, Mary Todd Lincoln to an insane asylum. The two were reconciled before her death. The large packet of notes and letters marked “MTL Insanity Papers” were subsequently discovered by his grandson Robert Todd Lincoln Beckwith in 1980.

It was eerie and intimate seeing the safe in the bedroom closet just where it was when Robert Todd Lincoln slept there. This experience sparked my interest in learning more about the life of Mary Todd Lincoln, the wife of my favorite president.

Here are some books I’ve added to my fall reading list:

“This definitive biography of Mary Todd Lincoln beautifully conveys her tumultuous life and times. A privileged daughter of the proud clan that founded Lexington, Kentucky, Mary fell into a stormy romance with the raw Illinois attorney Abraham Lincoln. For twenty-five years the Lincolns forged opposing temperaments into a tolerant, loving marriage. Even as the nation suffered secession and civil war, Mary experienced the tragedies of losing three of her four children and then her husband. An insanity trial orchestrated by her surviving son led to her confinement in an asylum. Mary Todd Lincoln is still often portrayed in one dimension, as the stereotype of the best-hated faults of all women. Here her life is restored for us whole.” ( from the publisher) 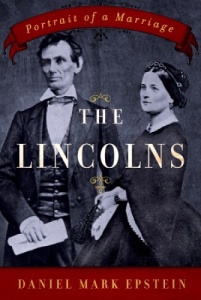 The Lincolns: Portrait of a Marriage by Daniel Mark Epstein

“Although the private lives of political couples have in our era become front-page news, the true story of this extraordinary and tragic first family has never been fully told. The Lincolns …makes husband and wife, president and first lady, come alive in all their proud accomplishments and earthy humanity. [The author] gives a fresh close-up view of the couple’s life in Springfield, Illinois (of their twenty-two years of marriage, all but six were spent there), and dramatizes with stunning immediacy how the Lincolns’ ascent to the White House brought both dazzling power and the slow, secret unraveling of the couple’s unique bond.” (from the publisher)

Facebook Fridays The Only Woman in the Room by Marie Benedict. Visit the Library’s Facebook page: Syosset Public Library on Friday, April 03, 2020, 02:30pm – 03:30pm
Title Swap Tuesdays: Mystery and Suspense Edition Tuesday, April 07, 2020, 03:00pm – 04:00pm. Link can be found under “Live Streaming Events” calendar on SyossetLibrary.org homepage.
#AskALibrarian Thursday, April 09, 2020, 12:00pm – 01:00pm
Join librarians from around the world on Twitter for #AskALibrarian to offer you reading suggestions based on your requests. 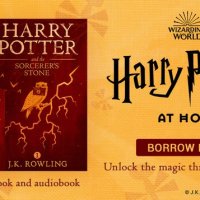