Here are a few books that some of our library staff are currently reading:

The Arsonist by Sue Miller

A series of summer house fires exposes deep social faults in the hometown of Frankie Rowley, who makes unsettling discoveries about her aging parents while engaging in an affair with a local journalist.

Separated by differing ambitions after falling in love in occupied Nigeria, beautiful Ifemelu experiences triumph and defeat in America, while Obinze endures an undocumented status in London until the pair is reunited in their homeland fifteen years later.

The Sleepwalker’s Guide to Dancing by Mira Jacob

Decades after an interrupted visit to his mother’s home in 1979 India triggers a haunting series of events, brain surgeon Thomas Eapen begins having conversations with his dead relatives, prompting his daughter to investigate a painful family history.

Neela, Head of Acquisitions is reading

Flight 232 : A Story of Disaster and Survival by Laurence Gonzales

Reconstructs the crash of United Airlines Flight 232, which hit the runway in a huge fireball after experiencing engine failure and loss of all flight controls and still had one hundred eighty-five survivors.

The Falconer by Elizabeth May

Determined to exact revenge against an evil faery who killed her mother, Aileana Kameron of mid-19th-century Edinburgh discovers her identity as the last in a line of female warriors who must stop increasingly powerful faeries from destroying humanity.

Fat Vampire by Johnny B. Truant

When overweight treadmill salesman Reginald Baskin finally meets a co-worker who doesn’t make fun of him, it’s just his own bad luck that tech guy Maurice turns out to be a two thousand-year-old vampire. After having an imperfect eternity shoved into his grease-stained hands, Reginald must learn to turn the afterlife’s lemons into tasty lemon danishes.

All summaries from the publishers. 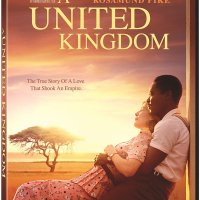